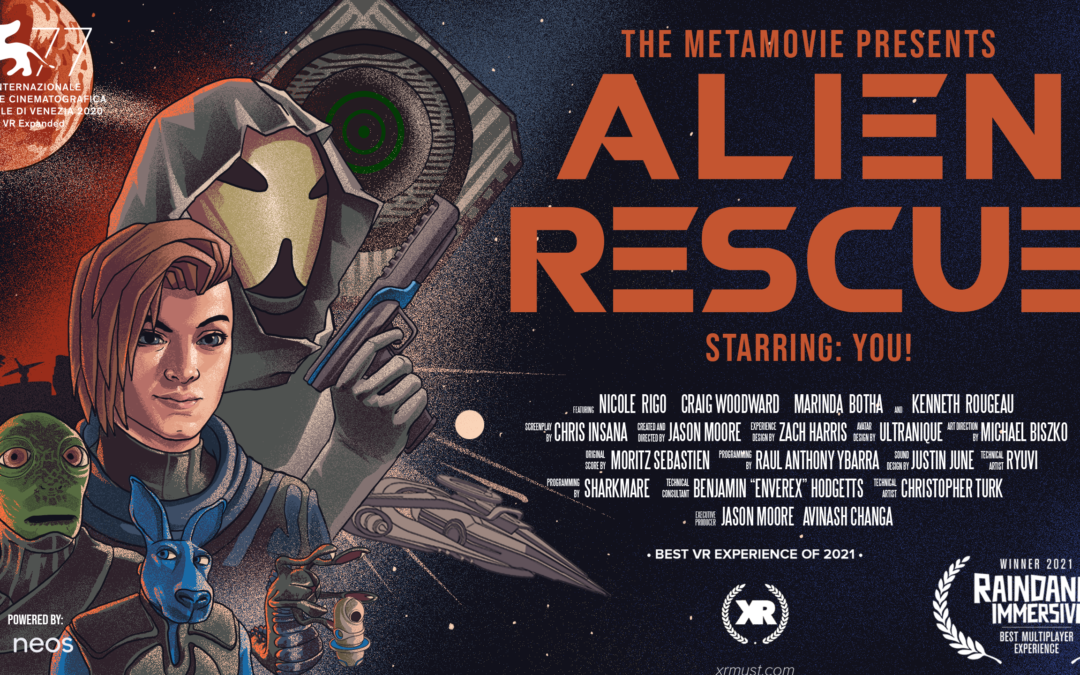 Have you ever imagined what it would be like to not just watch a movie, but to experience it, from inside the world of the story? Alien Rescue combines aspects of immersive virtual reality, cinematic storytelling, live theater, video games, and role-playing in order to give audiences an experience like nothing they have ever had before. In Alien Rescue, the entire audience plays a role, with five professional actors leading the way during this live, seventy-minute sci-fi action/ adventure, set inside a vast series of cinematic and immersive ‘virtual movie sets’ on the Neos social VR metaverse platform. 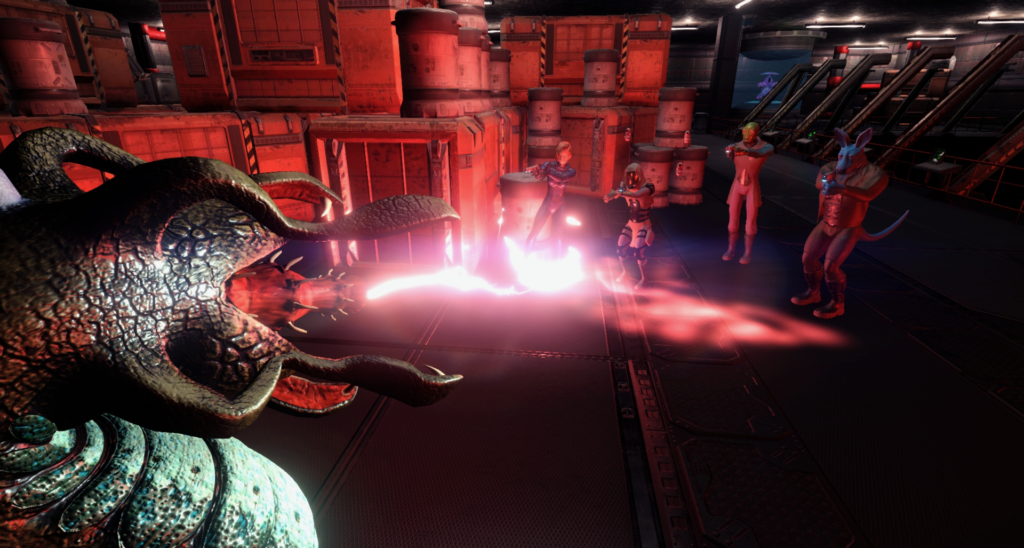 Audiences can play either as the Hero or a Sidekick, with each role offering a highly unique experience. As the Hero, you are the star of the show with your own agency and ability to affect the outcome of the story. Your co-stars are played by live actors and together you’ll find yourselves on a dangerous mission to rescue a valuable alien creature held in captivity. Sidekicks play a more passive role, wearing small “Eyebot” avatars and flying around the scene, blinking lights rather than speaking, but still a highly important part of the mission.

Kent Bye, Voices of VR says: “Alien Rescue is one of the most immersive experiences I’ve had in VR. The overall sense of social presence has been some of the deepest that I’ve had in any immersive VR storytelling experience. I HIGHLY recommend checking it out.”

Following a successful World Premiere at the Raindance Immersive VR Festival in October 2021, where it won Best Multiplayer Experience, Alien Rescue was next awarded Best VR Experience of the Year by XRMust Magazine in December of 2021. Since its premiere, Alien Rescue has run public performances on Saturday afternoons, garnering extremely positive reviews from the press and public alike. 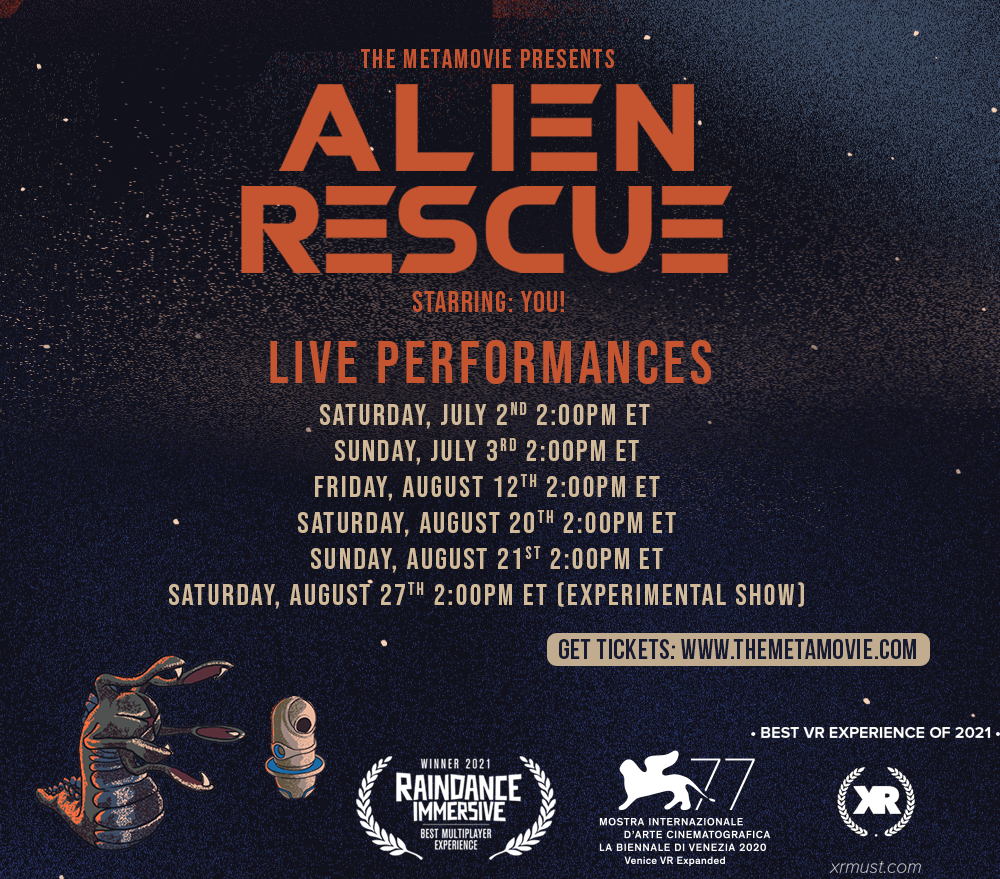 Jason Moore, creator, and director has just released an update to the work which includes new “2 Hero” ticket options, increased agency for Sidekicks, and an entirely new way to watch the show: Moore has developed a novel VR multi-cam system that allows him to live stream a cinematic and curated multi-view video of the live show directly to Twitch. Additionally, Twitch viewers can do more than just watch: they can input text commands in the chat window which directly trigger in-world effects during the live production, effectively bringing Twitch viewers ‘along for the ride’ with the rest of the cast and audience. This bleeding-edge approach to live interactive VR storytelling can’t be found anywhere else, and the Twitch experience is completely free.

For more information about Summer performance dates, tickets, and how to experience Alien Rescue, please visit their website: https://www.themetamovie.com/.

Update: Hero tickets for Alien Rescue are currently sold out but Sidekick tickets are still available, grab them while you can! 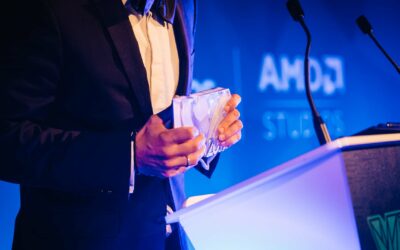 Finalists Announced for The 6th International VR Awards: Resident Evil 4 and Zenith: The Last City nominated for VR Game of the Year 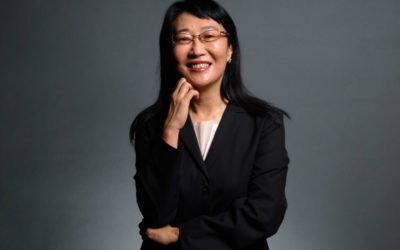 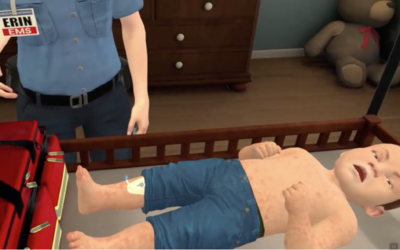