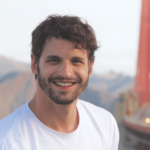 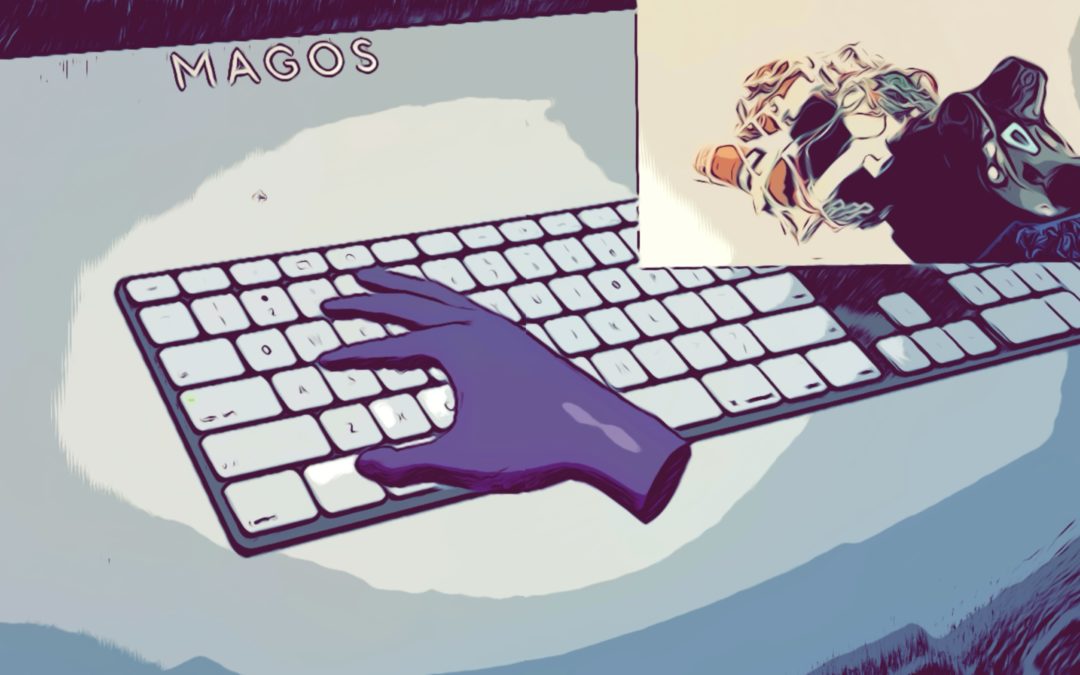 Most of us have had a virtual reality (VR) experience at some point. And most of us, if not all, would agree that in most cases this experience is delivered by almost three of our senses – visual, audio and ‘somehow’ the touch sense.

The limitations for sensation of touch in VR are clear. Let’s consider the extensively-used touch controllers which deliver life-like hand presence and enable basic interactions in the VR environment. These touch controllers try to simulate the touch sense, blocking natural interaction via the fingertips. And when it comes to doing things in a natural way, nothing can compete with the human hand. As a result, the users are unable to interact naturally as they would in the real world, something that significantly affects the overall user experience (UX).

Based on the studies and reports of high-profile organizations, the sense of touch in VR has not yet reached the desired level. The immersive technologies market is looking for solutions to enhance the immersion, e.g., head mounted display comfortability, haptics and peripherals, tracking systems. There are several components and functions whose improvement will benefit the VR ecosystem. However, there is one, the interaction via the user’s fingers, whose role is of major importance for VR to be more widely adopted.

In the previous years, several companies have made an effort to create VR experiences that closely emulate real experiences and senses in a VR environment. In 2013, Leap Motion (acquired by Ultrahaptics in 2019) released the Leap Motion Controller designed for hand tracking in virtual reality. In 2020, Facebook introduced the hand tracking feature on Oculus Quest, which allows users to operate the headset using hand gestures.

The next generation touch sense

Magos, the next gen human-computer-interaction (HCI) solution, is also working in this direction, aiming to revolutionize the interaction framework in the VR environments.

We envisage an environment where through a pair of googles one cannot tell apart the virtual and the physical world. Overcoming the issue that humans will recognise the difference between true immersion and temporary immersion will make a real difference in the VR industry in the coming years.

Magos solution is a platform that comprises both hardware and software components. Magos gloves, the core part of the solution, are composed of 4 subsystems:

The gloves are natively integrated with the platform as well as with other 3rd party solutions (such as HMDs, tracking systems). 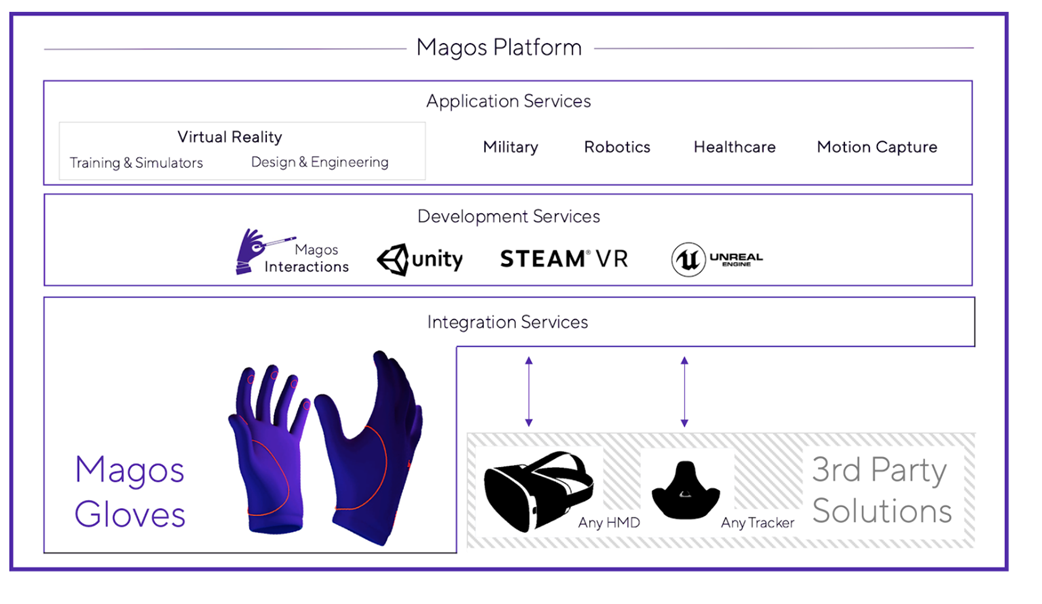 Magos gloves redefine the design of interaction techniques/scenarios, thanks to the high accuracy in finger motions they provide. These interactions can be developed in 3rd party game engines and VR tools, such as Unity, Unreal, and STEAMVR, with which Magos platform is interconnected. Taking advantage of the interactions developed along with the VR content, we are able to develop end applications that offer the opportunity to interact via our fingers, providing a more immersive, intuitive and natural experience.

Even though Magos platform can be the next generation HCI solution in VR, it can also serve several other markets that need highly accurate dexterity data. Such markets are the robotics market,where you could tele-operate a robotic hand anywhere else in the world, and the healthcare industry where Magos finger tracking accuracy can serve a very niche need, the hand and finger rehabilitation status assessment.

The future of virtual simulations and training applications

A solution that enables freedom of fingers movement has an important role to play. It is an essential aid for virtual simulations and training applications which prepare individuals to work and perform in highly demanding and stressful environments.Imagine that you could interact with every button in a virtual cockpit using your fingers instead of holding a pair of touch controllers. Or have a worker to be trained in doing security checks within a virtual refinery, at the oil and gas (O&G) company.

Wouldn’t that change the whole experience? It would move training from an unrealistic or even negative event to a real experience with the exact feelings and conditions of the most demanding use cases. Hence, providing a fully immersive experience where the hands and fingers enable a realistic interaction within the VR environment. The experience of a trainee would never be the same again! 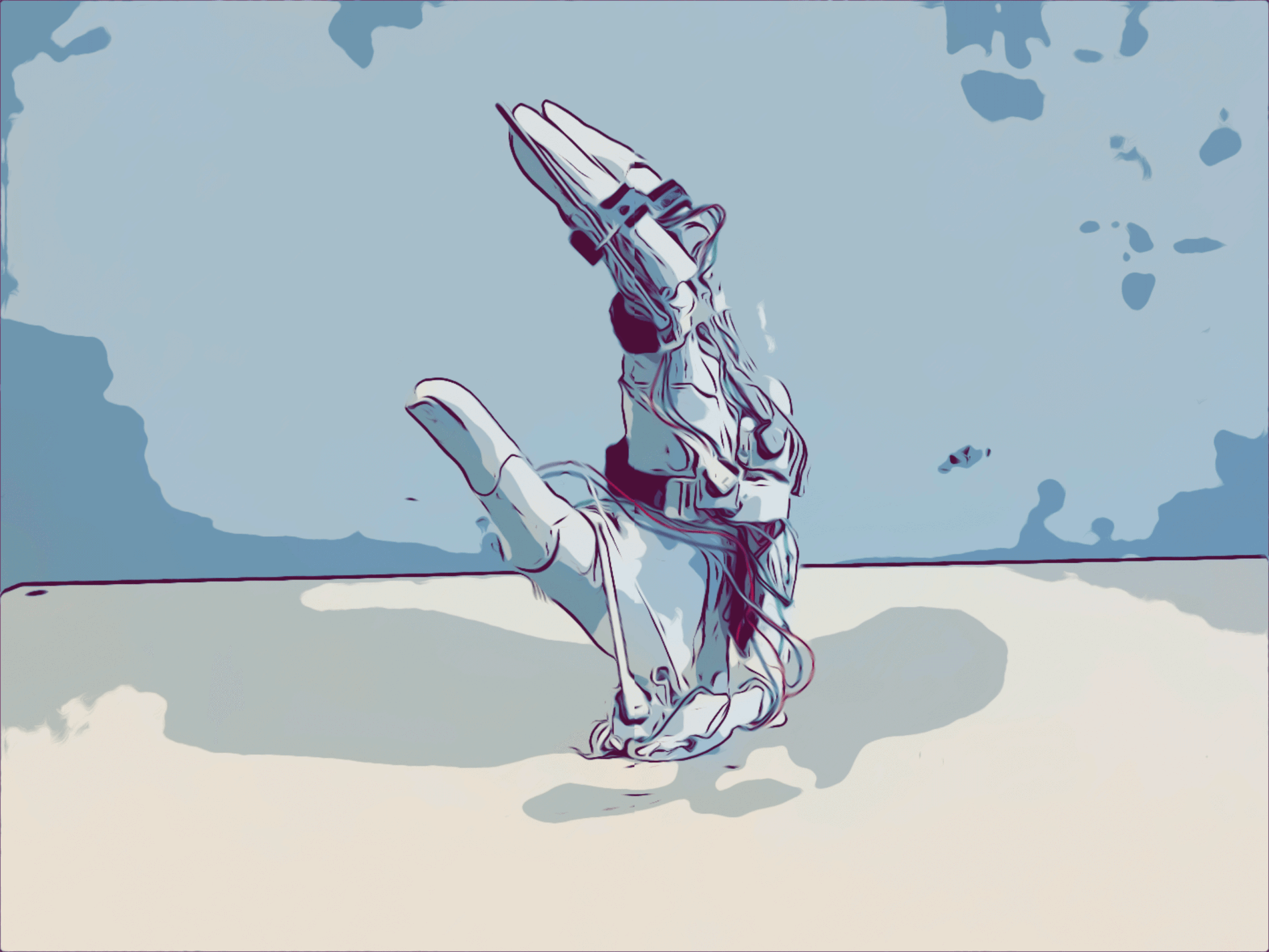 We see a future, where Magos platform brings a revolution to virtual industrial design. Envision a sculptor transforming digital clay in a VR environment as if it would be happening in the physical world and then the model prototype is printed with the help of a 3D printer.

We are building a future where virtual interactions will be no different to the physical ones. With Magos’ solution, we are almost there, opening up a limitless market across multiple different sectors and making the virtual world a reality!

Vasilapostolos Ouranis is a relentless optimist. He is the co-Founder and Chief Strategy Officer of Magos with 7 years of professional experience in business development, strategic marketing and technology consulting. Vasilapostolos is devoted to making the world a better place and turning technological capabilities into meaningful solutions for humanity. 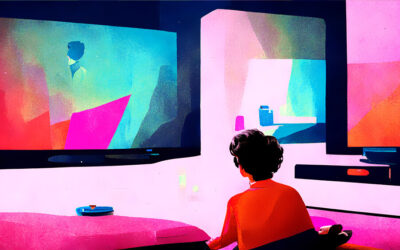 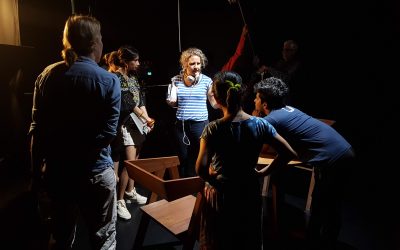 Directing 360 VR Films – Why Look Through the Window When you Can be in the Room? 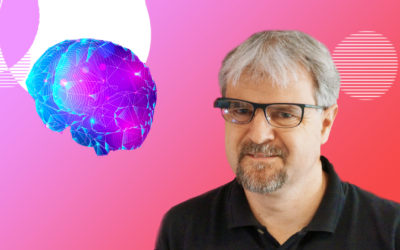 Human and Computer Interfacing: The Possibilities – Field of View with Mark Billinghurst