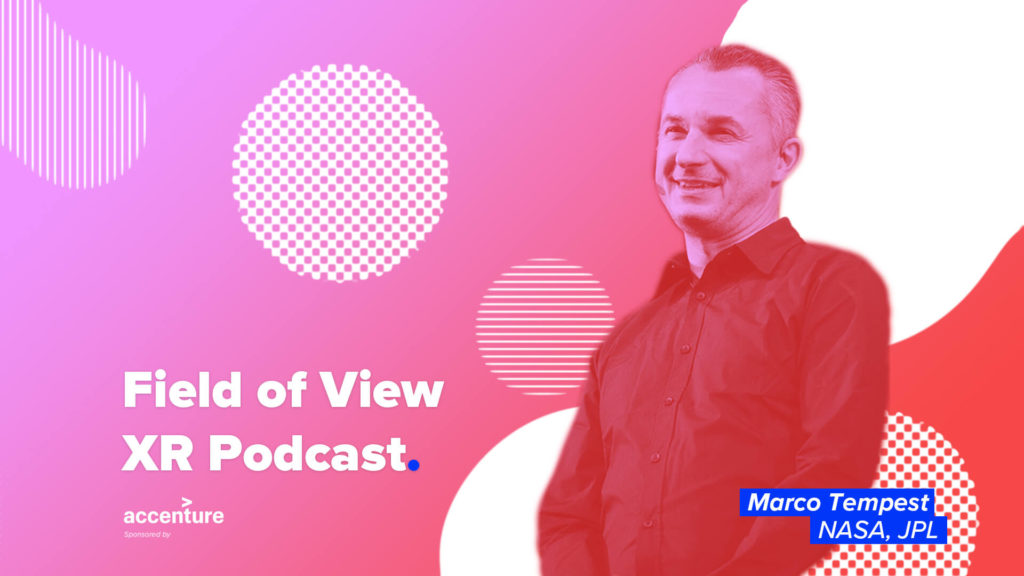 Marco Tempest and The new frontier of VR & AR

For the very first installment of Accenture XR’s Field of View, we speak to renowned creative technologist at NASA JPL, Marco tempest. Your hosts, Nicola Rosa, European XR Lead, and Global Head of Immersive Learning at Accenture, and Daniel Colaianni, Chief Executive of AIXR come together to explore the very real case studies of using both Virtual & Augmented reality to take the work NASA has been doing to all new heights.

“We thought that 2020 would be the year of extended reality. I think 2021 will be the big year, the really big year and it will be also the year of convergence.” – Marco Tempest

Marco is a renowned innovator and creator of memorable and distinctive experiences, making the reality out of the impossible. Once a professional magician who invented the impossible on a daily basis and now a Directors Fellow at the MIT Media Lab, a Creative Technologist at NASA’s Jet Propulsion Laboratory and the lead at the incubation and innovation studio for extended reality in Zurich Switzerland for Accenture. From gestural sensing, robotics to augmented intelligence, Marco had the creative outlook to advance XR and with the constant rewriting of the rule book – Marco utilises his magician’s instinct to advance user experiences with technology.

Marco: “Talking from my background in magic, we talk about the effect an illusion has on the audience. In technology, we talk about user experience. But essentially, it’s the same thing. It’s that delightful experience you can give to a user where he’s equally guided maybe down a narrow path, with narrow options which are preselected for mostly light. And so, in virtual reality, where you have to imagine a lot of the users they are first-time users and their very first touch point with this new tech is going define if they love it or hate it for the rest of their life. So having very simple controls which are super intuitive, having a very fluid frictionless experience is one of the guiding principles I would say when creating these kind of experiences.”

With VR already facing a lot of scrutiny under the keen eyes of the general audience, Nick Rosa asks Marco just how important is seeing in VR to believe? with the slow uptake of 3D technology such as the Nintendo 3Ds and the lack of ability to advertise 3D features, this particular syndrome is reflected in the advertisement of VR. What does Marco think?

Marco: “Well, yeah. I think it’s really important to have an experience. But it’s also important to have a good experience. You see a crappy industrial demo somewhere, you know, that can ruin it for you. But a lot of the preconceptions about the medium, kind of like – so we have some clients that are like, yeah, I wouldn’t want to spend more than five minutes inside. It’s just going to make me dizzy and we send them a headset to join us in a meeting the next day and then they played Beat Saber all night long, kind of the device that their battery is empty by the time the demo starts and it’s like – they were longer than five minutes in there.”

In the first episode our hosts discuss Marco’s letter to Steve Jobs in 1988, Robots on the moon and what needs to happen to the industry to make immersive technology reach mainstream audiences?

Find the first episode of ‘Field of View’ right here, and take the deep dive into the mind and history behind Marco Tempest. 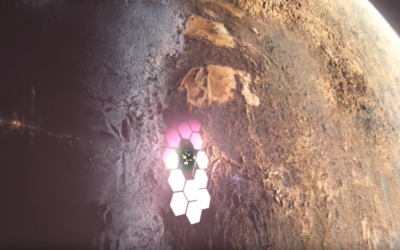 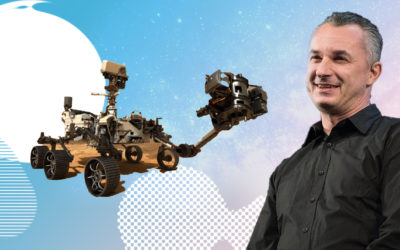 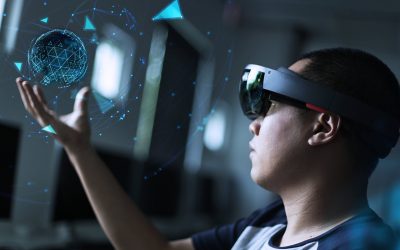