Into the Metaverse: The Making of VR Awards 2021 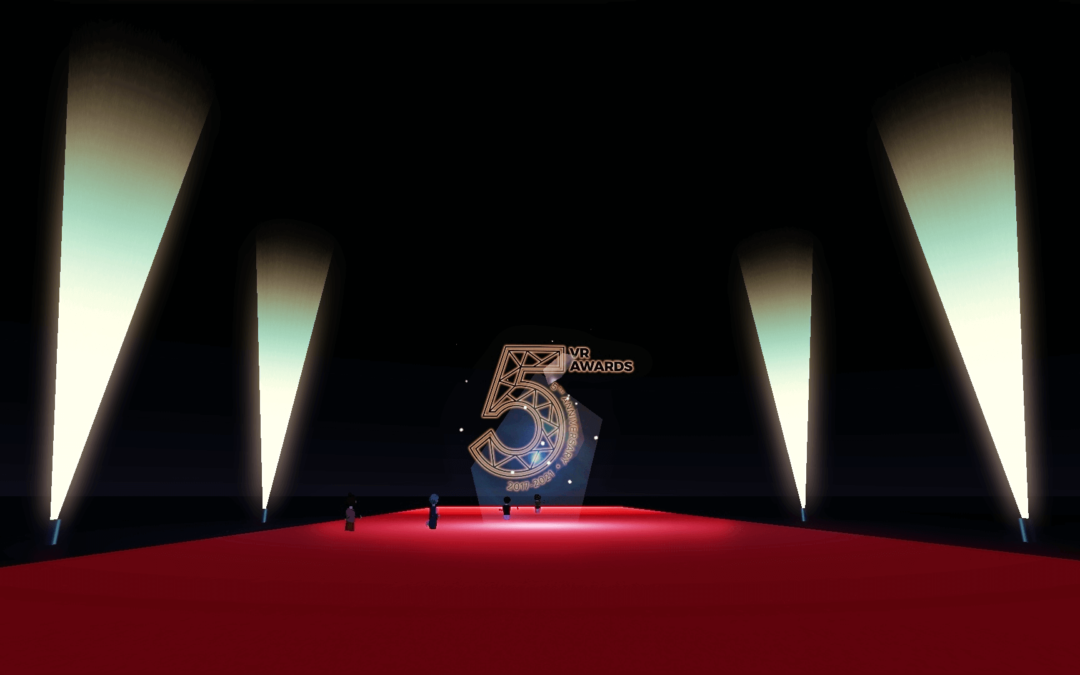 It begins with one simple idea…

2021 is a year to remember for many years to come. The 5th International VR Awards has been one to break many barriers and expectations set from the previous years. With the bar raised from our first virtual award ceremony: The 4th International VR Awards, we wanted to take a new approach to our programming that would bring back the various social and live elements that our attendees love so much while maintaining the artistic expression that VR allows you to achieve.

Led by this new path we set ourselves on, the 5th Anniversary edition of the VR Awards had one goal – ‘To break expectations’ through a collective conceptualization of what the VR Awards mean to the team and to the world.

Five is a magic number?

Starting with a clear foundation of those familiar with the XR space and the VR Awards, Creative Director, Kelly Wright who co-founded the VR Awards in early 2017,  joined forces with AIXR Creative Lead, Emily Turner who utilized her experience in producing real-life art installations and complex design structures to set the wheels of creativity into motion.

At its core, we knew we needed an active representation of a journey through 5 years built around a central character that’s representative of our attendees regardless of ethnicity, gender, or age.

Stepping inside a cube-like portal, led by illuminated pathways, 5 cubes intersect with various patterns/textures that those with keen eyes will recognize take on the symbolized artwork from the past four years of the Book of Achievement artwork. 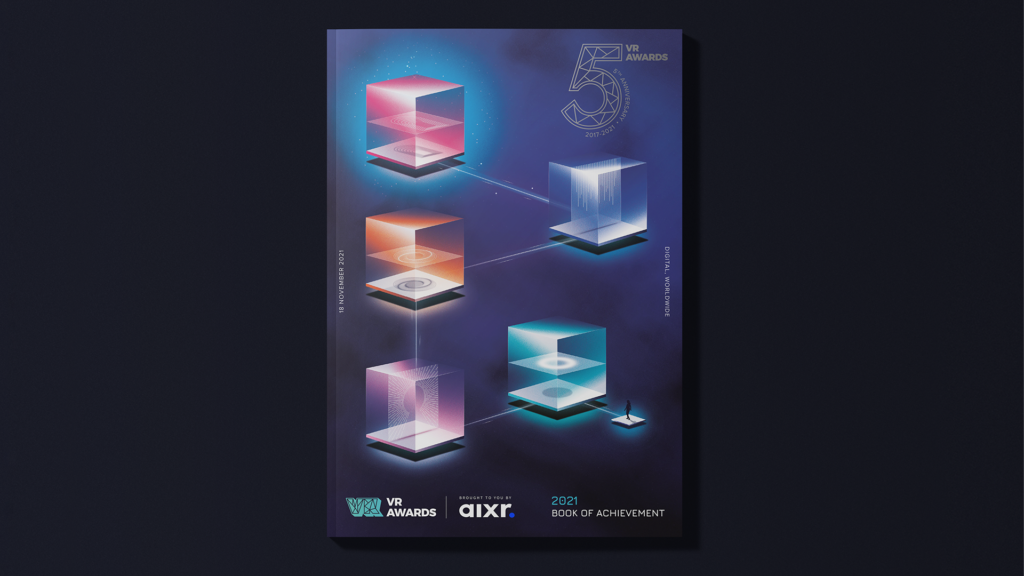 Tying these symbolic cubes together is the idea of blending the physical and digital worlds, much like what the Metaverse means to most of our industry. An idea that should present the VR Awards as the epicenter of the blurring of reality and virtual reality, while keeping to the original core concepts.

The preliminary groundwork for the 5th international VR Awards Book of Achievement was laid, but our creative team was eager for more…

Is this even possible?

Inspired by the VR Award nominees and the plethora of innovative projects and creations that pass through the Academy’s door on a daily basis, our team explored the viability of how they could go about bringing a 2D book to life through various means, whether that be video, augmented reality or what we see today, a virtual reality experience.

Hours of planning, conceptualization, storyboarding followed as the team set to work defining a clear story and signature palette to align with the familiar brand and quality that most have come to know for the VR Awards. 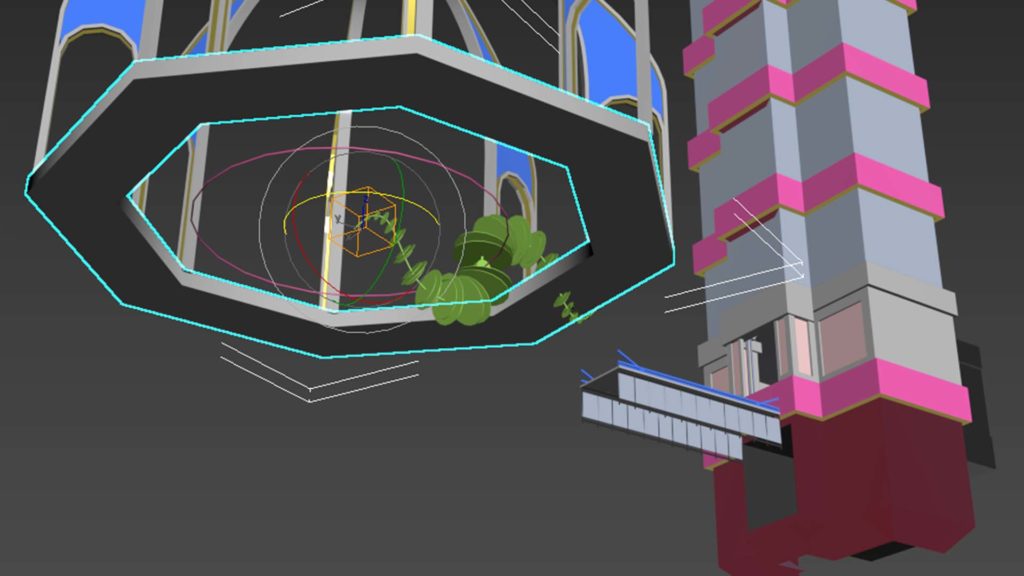 Adding to our already impressive female-led creative team, AIXR’s Sandra Kawar joined as the technical art director on the project to assist in orchestrating a production plan, with a community of XR developers to see these ideas brought to life.

Partnering with Microsoft, and the AltspaceVR technical team, Sandra and the AIXR team started to build a development network of like-minded, passionate and talented community world builders who were keen to be part of our 5th-year journey.

Bringing the story to life

With its fair share of new learnings, challenges, and platform discoveries, the core dev team made up of Jennifer Brooks (Nera), Mark Gill (Karnivore), Darren Abbott (Dargon), and Tracie O’Neil (Moody) rallied together to pull together design concepts, artworks, 3D models and animations in what could only be considered record time, all in time for the celebrations on the 18th November 2021 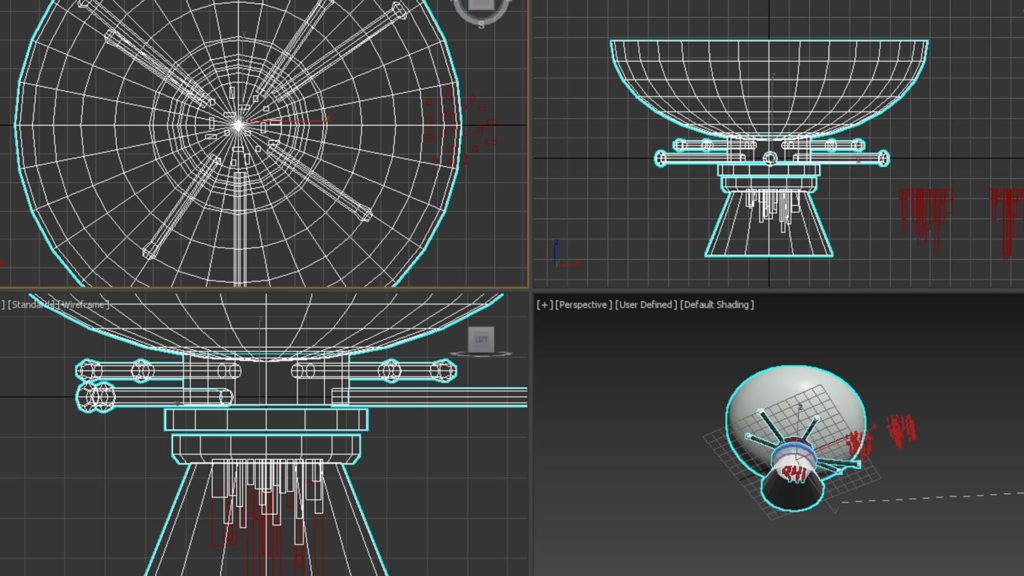 Jennifer (or as often referred to as Nera, her AltspaceVR username), Lead XR Developer on the project and single mother of five, was first to the project, setting to work on the Lobby space, World 1, World 3 & World 5 environments.

With no formal training as a Unity developer, Jenifer first became passionate about developing virtual worlds when the VR headset she first picked up for her daughter started to gather dust, leading to an opportunity to try it for herself. Since then she hasn’t looked back.

“I don’t want people to think that they can’t do what I did and I try to encourage a lot of people and let them know that there are boundless opportunities within the Metaverse, such as people who are like me who work from home and have children. I even let the children help me out from time to time if they wanted to. They have fantastic ideas that encourage them to also learn about programming. The VR Award’s ambitions and goals were a good fit for me as I too want to explore the opportunities with technology and help people see that you can create wonderful worlds no matter your background.” – Jennifer Brooks (Nera)

The worlds and legacy…

The worlds each pay homage to each book cover and theme and in turn, each world holds key elements that can be interacted with in order to proceed onto the next world. Our goal is to create an immersive experience that can be shared with people no matter their digital divides and celebrate with others from the same community all over the world. 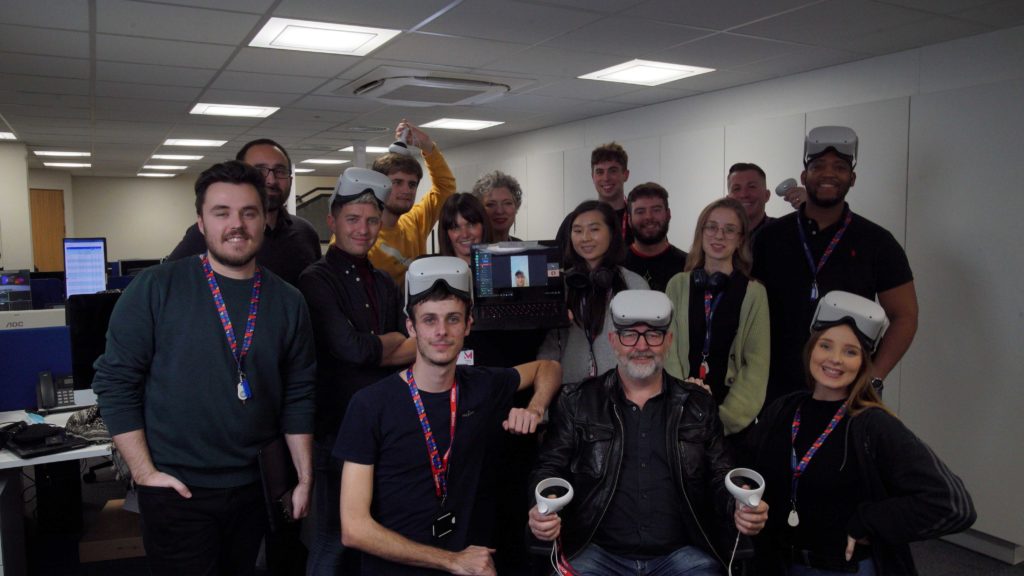 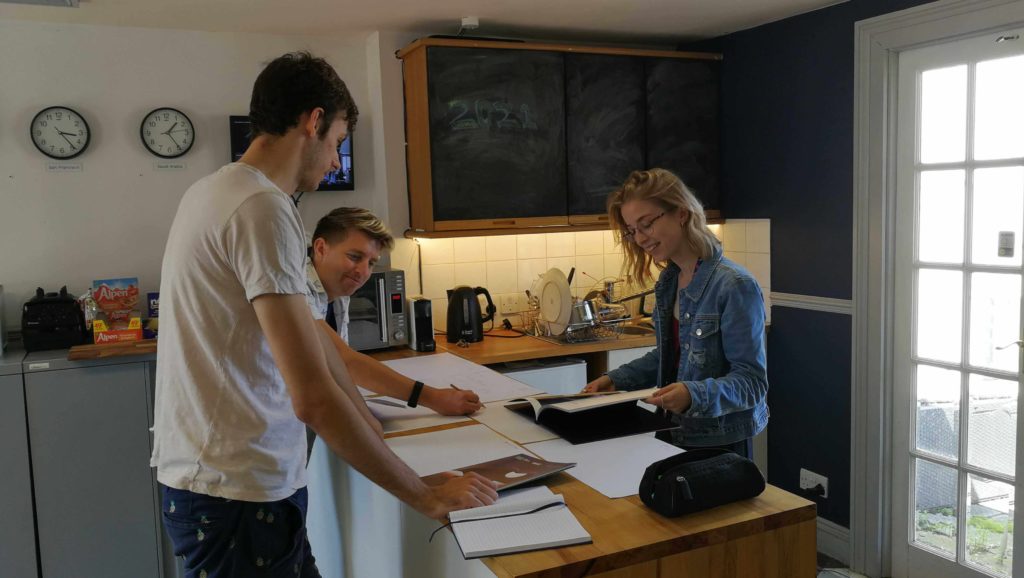 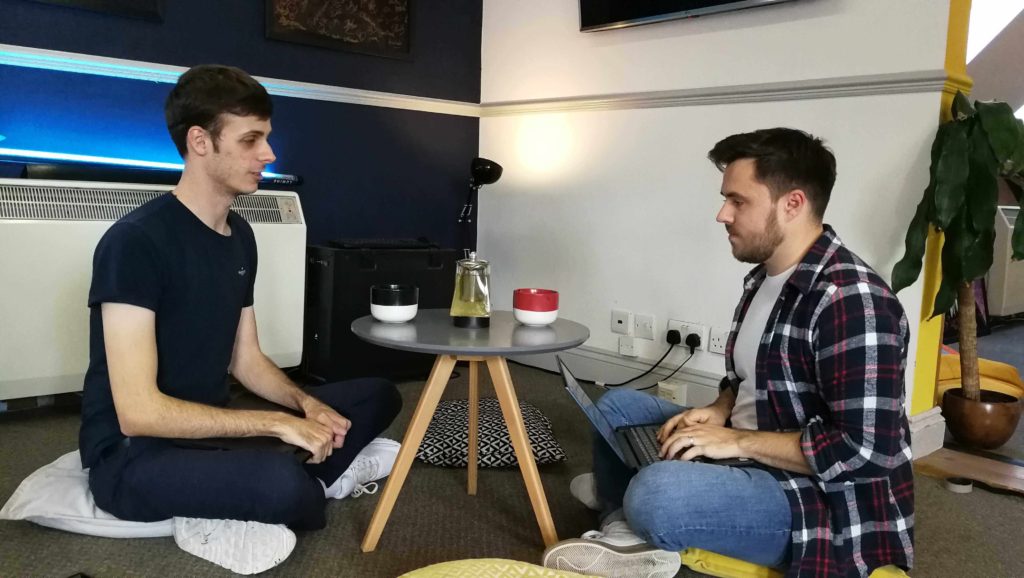 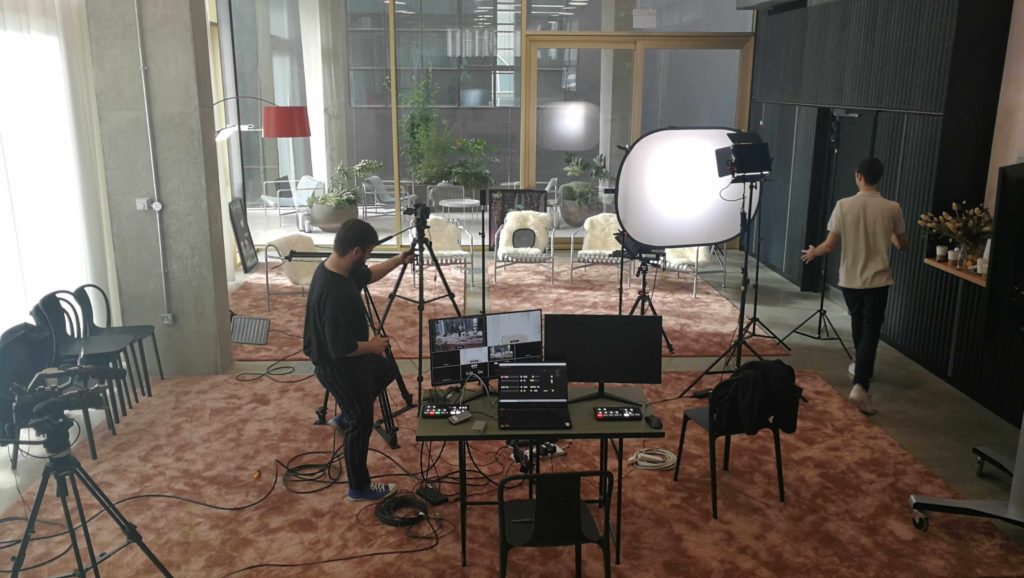 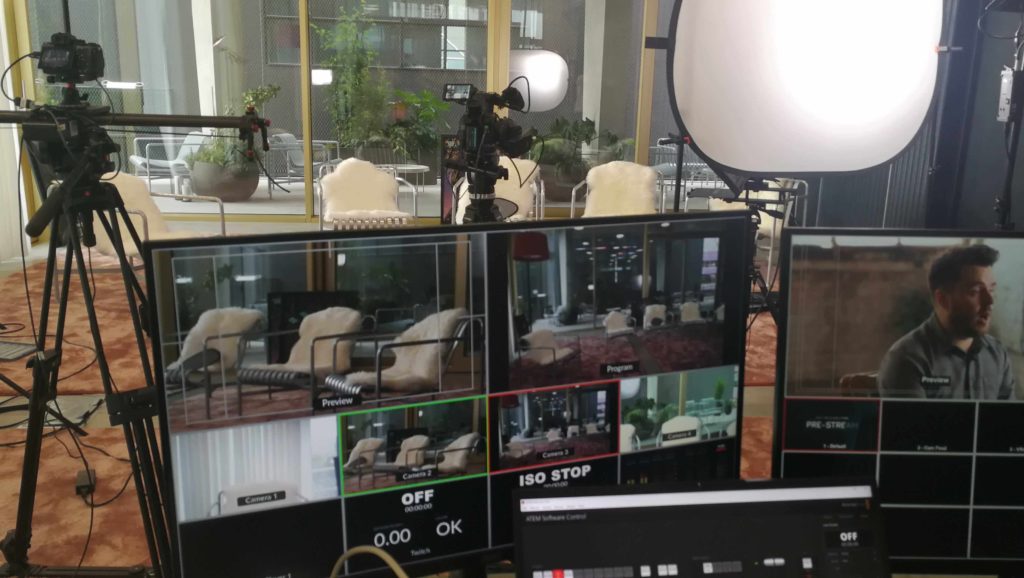 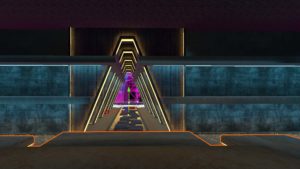 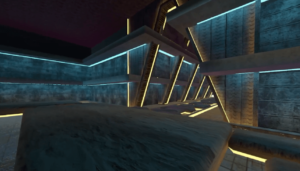 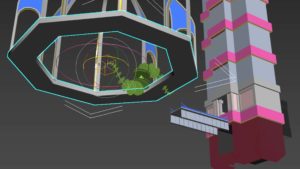 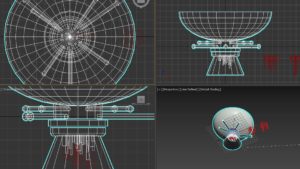 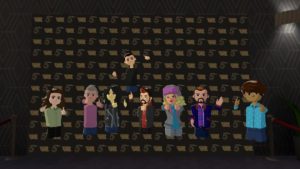 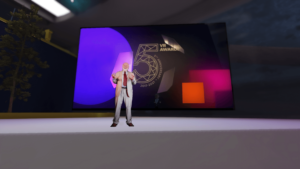 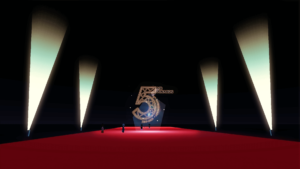 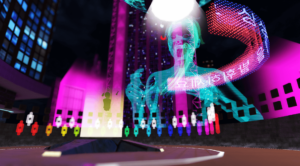 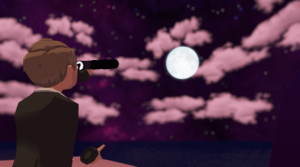 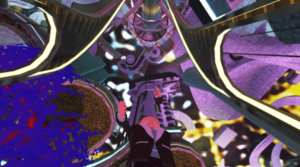 Relive the experience and magic once more and sign up to receive VR Awards alerts to be kept in the loop on the latest news and more information on how you can nominate for VR Awards 2022. 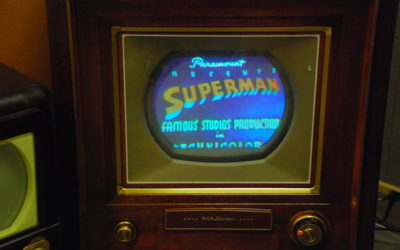 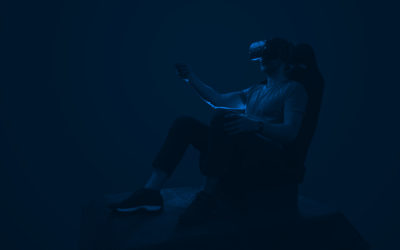 UX Meets XR: The Drive Towards the Future of Mobility 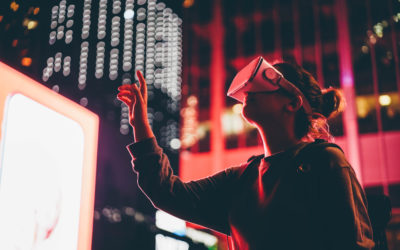